Like most of you, I started my outdoor career chasing the local tweety bird community around my home with a BB gun in hand.  As I grew older, the BB gun turned in .177 caliber pellet gun and larger critters like rabbits and squirrels became targets.  It has been many years since I have even considered picking up a pellet rifle and heading to the woods.

One of the benefits of our job is getting to test new toys and the newest technology that hits the market.  We were approached by Crossman Air-guns to test a couple of their newest rifles.  Believe me; the technology has definitely improved over the past 25 years.  We were sent two rifles.  The first was a .22 caliber break-barrel rifle that derives is power from a nitro piston.  This rifle propels a .22 caliber pellet at 1100 feet per second.  It has incredible power and accuracy in addition to being extremely quite.  This rifle is rated to take down animals that range in size from rats to bobcats.

The second rifle was a .25 caliber that was powered by compressed air.  This rifle shoots a .25 caliber pellet at 900 feet per second.  This gun is rated to take a coyote effectively at a range of 25 yards.  Just as with the first, it is incredibly powerful, accurate, and quiet.  One big advantage is the 8 round clip that allows the shooter to take multiple shots.  We were able to take as many as forty shots before having to add more air to the gun.

While trapping for clients in February, we tested both rifles on their ability to effectively take a variety of animals from opossums to feral hogs.  Yep, I said were able to effectively harvest two feral hogs with a pellet gun!  One was a fifty pound boar and the other a 150 pound sow both were harvested with one shot to head with the .25 caliber Benjamin Marauder.  Granted, the shots were made at a range of only six feet.  But, that is still extremely impressive.

The rifles proved extremely effective in dispatching both raccoons and opossums.  However, I felt that a pistol that could do this would be particularly beneficial to the trapping community.  After the first few days of Casey and me trapping raccoons and opossums and testing the rifles, I made a call to Crosman and requested a pistol to try.  They promptly sent us a .22 caliber Marauder pistol.  Just as with the rifle version, it was powered by compressed air and had the 8 round clip.  We put a small laser scope on the pistol to make shot placement precise.  For the most part, the pistol was effective in dispatching opossums and raccoons.  However, shot placement was very crucial.

Some of our clients in West AL had employed Robert Waddell for the past three years to remove predators each February, so we headed over to test all their air guns a bit more.  During the two days that we were there, we dispatched approximately 10 raccoons and opossums, two grey foxes, two coyotes, and two feral hogs.  We are going to take what we 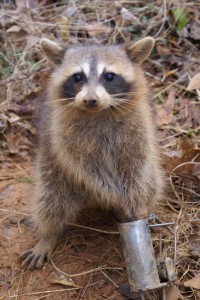 learned about the guns and what we feel would make them more useful to trappers and take it to Crosman.  Our idea is to create a special trappers edition pistol.  The initial conversations with them have been very productive.

I feel that these new generation air guns can serve trappers very well.  From my limited experience, I can see many benefits to the trapping community.  Noise level is greatly reduced from the typical .22 caliber rifle and pellets are much more economical than rifle cartridges.  Robert brought up several points after he experienced the guns.  He felt like there could possibly be some advantages to using air guns over traditional pistols and rifles in many states that have very restrictive gun laws.  Dispatching raccoons with the air guns instead of a .22 caliber pistol yielded much less head trauma which produced less bleeding and therefore less time cleaning hides.  Both of the benefits Robert found resulted in making his time in field more efficient.  I assume many more professional trappers will see Robert’s perspective. 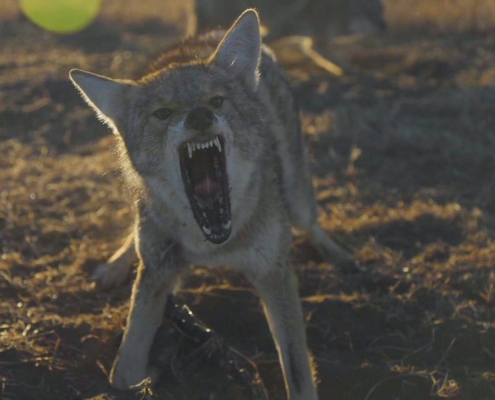 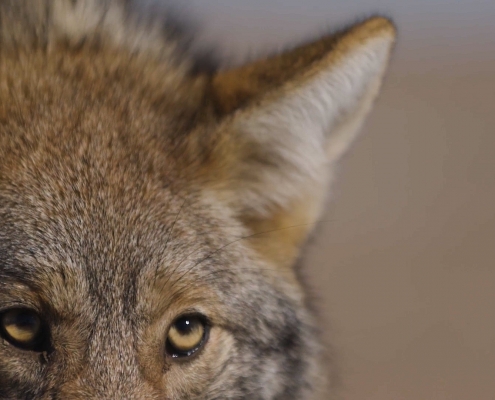 The Trapping Message
Scroll to top
Improve your land for wildlife by subscribing to our latest videos!
Subscribe
×