There’s a story behind every sportsman and women out there of how and why they got started deer hunting.  Growing up in a rural community in Northeast Ohio, my best friend  and I decided to become bow hunters.  Now this was in the mid eighties and bow hunting was far from what it is today.  We both bought bows and split a dozen arrows.  We had absolutely no idea what we were doing but we thought Fred Bear better look out because we were going to dominate this sport.  Wow, were we wrong!  Seasons went by and our dozens arrows weren’t a dozen anymore from the squirrels we shot at.  We were lucky to see a deer let alone to kill one. These are memories I will never forget that’s for sure, but have things changed since the Quality Deer Management movement.

That leads us to the beginning of the article.  My best friend in those days connected first.  It was a button buck.  Then I killed a 35 lb doe fawn.  Man where we two proud peacocks!  People in school thought we were the bomb.  Then as we grew into the sport of bow hunting our next target was just bucks.  Anything that had a horn buddy was going down in our book. 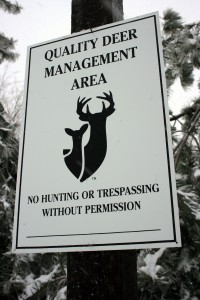 Then it happened!  I was introduced to a philosophy that would change my life literally forever.  Quality Deer Management!  My personal story with it made me what I am today.  It has been a blessing and if I’m to be honest with you, a curse as well.  If the founders and the people who had a role in the QDMA only knew how it made me strive to be the best wildlife manager out there.  My adult life has been dedicated to spreading the word and educating people in the correct way to manage deer and that way is Quality Deer Management.

Now as I go from town to town giving seminars, I get the pleasure of hearing some entertaining stories about deer in general.  Some good and some, well, let’s just say people entertain me.  But one thing that rings true, that no matter where I’m at in this country, I get to see how passionate people are about deer.  It seems like no matter how the economy may be or what politics are going on, it’s the one thing that these QDM’ers can grab on to.

What’s amazing is once people “get it”, how quickly it evolves into their lives.  It becomes them and all that they do.  For example, most of my clientele start off hiring me for one reason, to kill big deer and tomorrow is too late for them; they want this to happen now.  They start off killing as many does as they can or what we come up with and pass up these smaller bucks.  Then something clicks.  When several years go by and when I contact them about how things are going, they can’t stop talking about the habitat management they’re doing.  They go on and on about what they did and what they’re going to do next.  When I ask them about the quality of bucks they’re seeing or harvesting, the phone usually goes quiet.  Well, that’s where the problem continues.  What they find themselves doing is passing up bucks that no one in their right mind would pass up.  I’m finding out that people are getting so wrapped up in the score of the deer instead of that they just had an opportunity to harvest a deer that was able to reach maturity by the management practices that they are doing on their property.  I believe people are letting the outside world into what their trying to accomplish.  It’s everywhere you look in the hunting world.  I call it horn porn!  For example, I believe the Mid West is the only place where you will hear a deer being called by a score instead of I seen several bucks tonight.  If you talk to someone and say you seen a 150 feeding in a bean field you just might get a response of huh or an hmm.  It’s considered below average.  Why you ask? I think people have a hard time deciphering the difference between entertainment on TV and the reality of it all.  It’s a growing problem and it’s something as educators we need to tackle sooner than later.

The other spectrum of things is I am fortunate to be involved in many Quality Deer Management Co–ops.  From getting them started to seeing them grow through the years.  Now, I have a different way of motivating people into practicing QDM as a group.  I tell people that Quality Deer Management is like a ladder and the goal is the roof.  I ask people how do we get to the roof, well, one rung at a time is the answer.  You have to start off were you feel comfortable and not where your neighbor feels comfortable.  Start off killing what you can’t resist killing and just keep climbing as the years go by.  It’s pretty simple process because it allows people to move at their own pace.  At least that’s what’s supposed to happen.  What I’m seeing in many Co–ops is that people are moving up the ladder at different paces and it’s affecting the Co–ops ability to grow together as a group.  Several years ago I had 11 QDM Co–ops pull me aside before I gave a seminar and ask me to tell people only to shoot 3 year old bucks and let the 2 year old deer go.  I said sure, I can do that.  Then I would address the group and tell them that I was asked to tell you to only shoot mature bucks and to let the 2 year olds go.  I will not under any circumstances do that to anybody.  First of all let’s be happy we have a room full of people interested in Quality Deer Management.  Then let’s be thankful we are fortunate to live in a state like Ohio where we can have a discussion like this.  You should not ever ask anybody in a QDM Co–op, in my opinion, to do something that they’re not ready for.  You nor I know what people are thinking at the time they pull that arrow back or pull that gun up.  We do not walk in their shoes and they do not walk in ours.  Everybody has a reason for doing what they do.  When practicing Quality Deer Management, sometimes I feel you have to reward yourself.  What I mean by this is that the real world of practicing QDM is difficult.  Most people don’t own hundreds of acres and they’re doing the unthinkable act of trying to harvest a mature deer on their property when the outside world is throwing everything it has not to make that happen.  So you have to reward yourself to get you through this madness.  If you have to kill a lesser deer in your book to get you through so you won’t lose hope in Quality Deer Management, then I say kill a 2 year old and get back to the task at hand; being part of a group effort to produce a healthy deer population.  That’s what Quality Deer Management is!

Quality Deer Management is made up of four cornerstones.  Each one of these cornerstones is no more important than the other.  This philosophy is the most amazing and exciting thing to be a part of when things go right.  You just have to 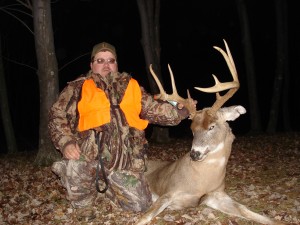 block out the outside world and never judge your accomplishments on your land by what the next guy doing or even the experts are doing.  If you allow this to happen the resentment will grow and you and the people around you will not appreciate what Quality Deer Management can do for you and the health of your herd.

You have to be a realist in this journey.  If you are like most of the hunting population out there, you don’t own a lot of land or if any at all.  Don’t get wrapped up in the, I have to do this or that to be a part of this.  You do what you are capable of and what your property is capable of.  That is what is important! There’s not one of us out there that doesn’t want to kill a 200 inch buck.  Well, I’m here to tell you that it’s probably not going to happen for the average guy no matter what you do on your property.  Many things out there are preventing you from reaching that goal.  It’s called being honest with yourself.  But does this mean you quit?  Heck no, it means you roll up your sleeves and do what you can and get as many people involved as you can so at least someone can kill a 200 inch buck because at least this way you can hold your head high and say I had a major role in that caliber of deer dying.

To close, what this article was about was to remember where you came from and what you were doing before.  Be proud of all the deer you harvested in the past because it will make all the ones you’re going to harvest in the future that more special. 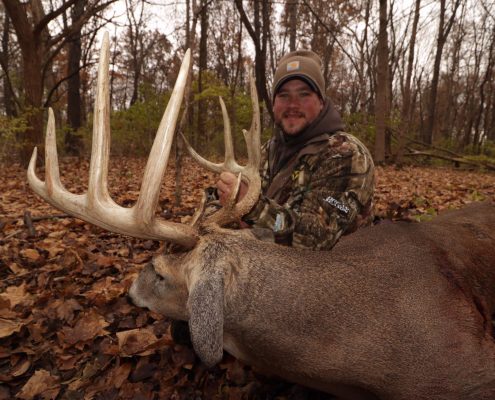 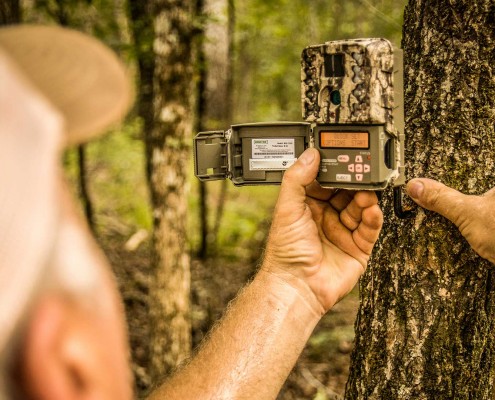 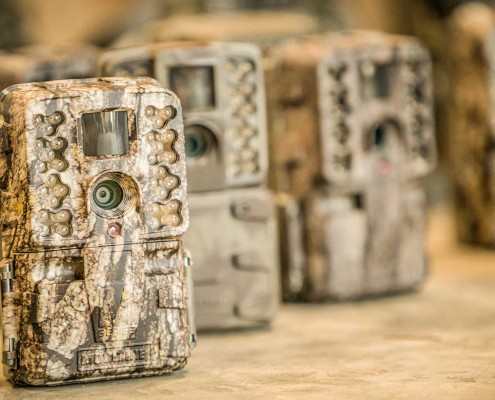 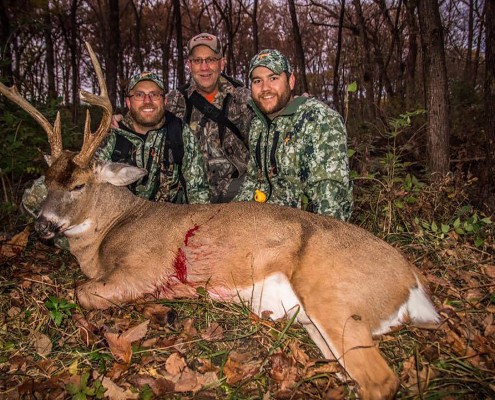 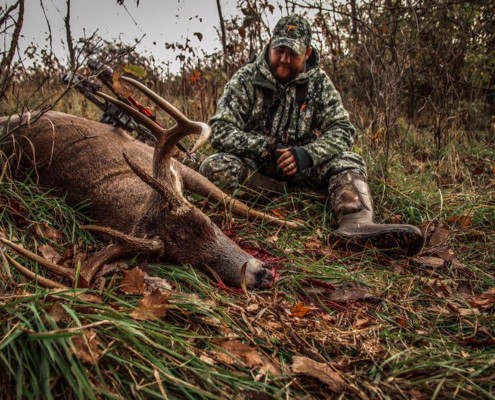 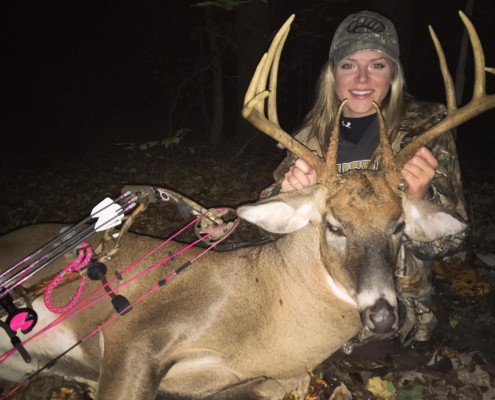 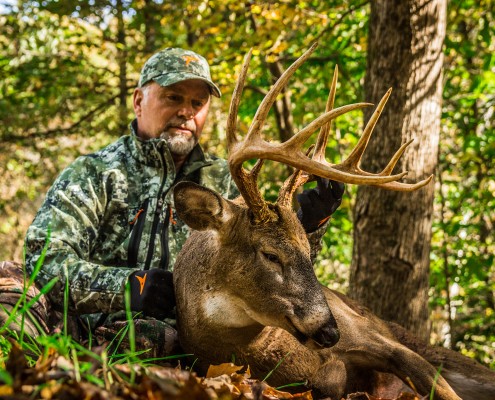 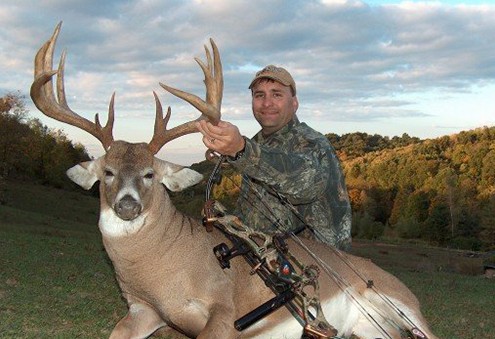 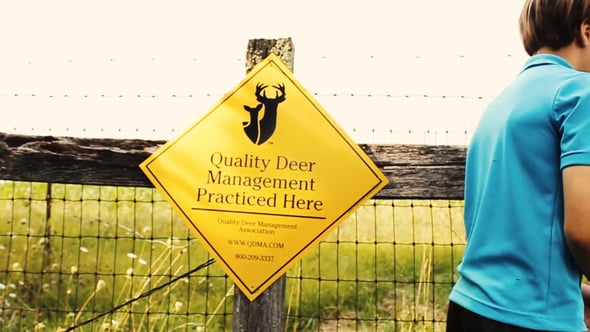 What You Are Inspires You
Scroll to top
Improve your land for wildlife by subscribing to our latest videos!
Subscribe
×